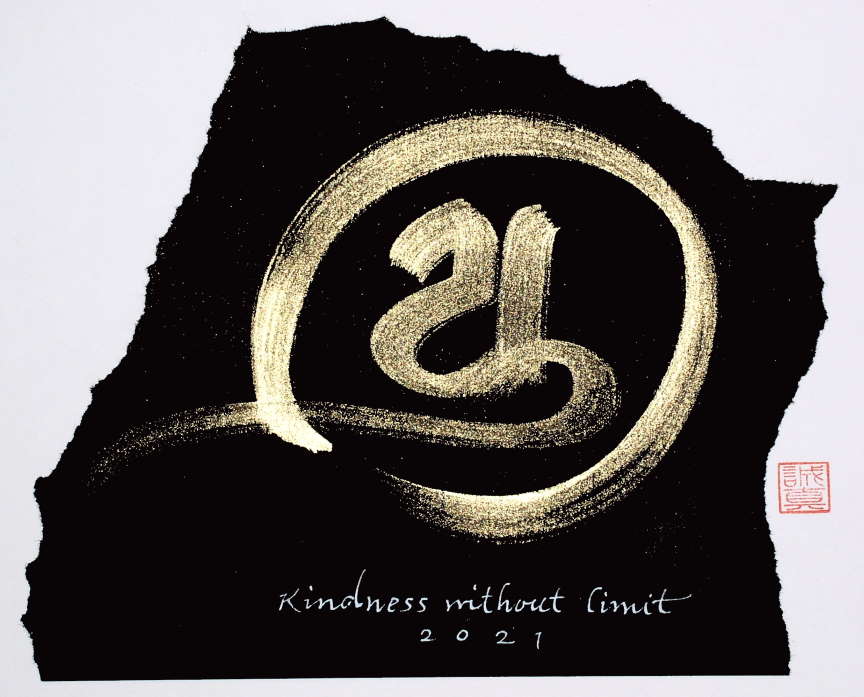 Twenty five hundred years ago a young prince in what is now northern India was living a life of luxury, comfort and prosperity. As he approached manhood, he began paying attention to the lives of other people and saw that nearly everyone was discontented in one way or another. Some people were truly suffering from the effects of sickness, old age or impending death. He noticed that those who had temporarily escaped such physical suffering still went through life with feelings of sorrow, dissatisfaction and discontent. As he reflected on these observations he realized that even his privileged life could not protect him and his family from suffering. He realized the passage of time and the changes it brings affected everyone. The young prince experienced what all of us feel when that which seems dependable and reliable changes and passes away.

There was, however, one person he saw who appeared to be free from the sorrows of life, someone who could bear change and suffering with serenity. This person was a wandering monk who had dedicated himself to a lifelong spiritual journey to liberate himself from suffering. The young prince, weighed down by the sorrows of the people he saw and inspired by the example of the wandering monk, decided to abandon his life of comfort and privilege to begin his own quest to understand the reasons for suffering and, more important, what can be done to become free of it. For six years he studied and practiced under several teachers, but none of them led him to his goal.

One evening he sat down under a tree and vowed he would not move from that spot until he came to a complete understanding of suffering and of the path to liberation from suffering. While the night passed, his insight deepened and broadened. As the morning star rose in the sky at dawn he came to a profound understanding of himself, the world around him and his relationship with that world. He described his experience as an awakening from a long sleep. Now awake to reality, his discontent and suffering melted away. From that time he was known as the Buddha, the awakened one.

He lived to a ripe old age spending all of his life teaching those who came to him for instruction on how they, too, with practice, could travel along the same path he followed. The practice he taught was a union of compassion and wisdom. For two and a half millennia his teachings and practices have been preserved and handed down from generation to generation eventually spreading through the whole world.

In many ways things as they are now here in the Adirondacks aren’t all that different than they were when the Buddha lived. We all still find ourselves subject to the inevitability of illness, old age and death. Like people in those ancient times, we cling to people and things for our satisfaction thinking them to be reliable and dependable only to realize that everyone and everything will pass away, even ourselves. And like the ancients, we suffer with economic uncertainty and hardship, with a culture undergoing rapid and confusing change, and with the divisions between us brought about by conflict and anger.

The Buddha’s teachings and practices are as powerful today as they were during his own time. And like him, by following the same path we, too, can be freed from sorrow, discontent and suffering. We, too, can find serenity in the middle of trouble and turmoil. Finding this does not involve an escape or retreat from life; rather we can find all this in a full, joyful, compassionate and effective engagement with life.

Celestial Drum Tendai Buddhist Sangha was established in 2007 as a local gathering of people who together investigate, study and practice this Buddhist path in an authentic fashion. We seek to serve both the residents of and visitors to Indian Lake and the surrounding Adirondack communities of northern New York State. Our sangha is affiliated with the Tendai Buddhist Institute in Cannan, NY, which is the authorized representative in North America and Europe for the 1,200 year old tradition of Tendai Buddhism.

Every Monday evening, year-round, we meet for meditation beginning at 6:30 p.m. at  6393  West Main St. (Route 28/30, yellow ranch house on the south side of the street), Indian Lake, NY. We begin with a conversation about Buddhist meditation method and practice as well as its wider application to daily life. The formal practice begins with chanting the Daily Service.  We then sit in meditation for two period of 24 minutes. If you are new to meditation we offer instruction before the service begins. Whether you are a long-time resident of the area or a visitor on vacation, please feel welcome to join us. The sessions are open to newcomers, the curious and those experienced in meditation of all traditions. The evening ends with tea, home-baked treats and time for friendly conversation. Email fitterer (at) frontiernet.net for more information.

From June through August we meet for silent meditation on Thursday evenings at 6:30 p.m., in addition to our Monday sessions. There is no Dharma discussion or chanting–just two 24 minutes of silent meditation with a brief period of walking meditation in between the two. All are welcome to attend.